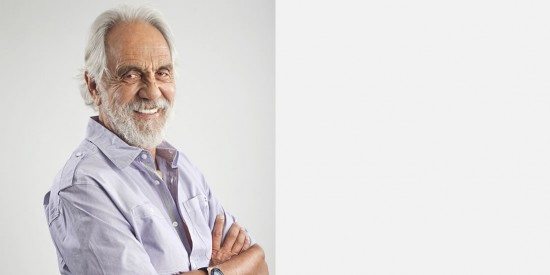 Grammy Award winning comedian Tommy Chong is legendary for his invaluable contribution to American counter-culture as part of the iconic comedy duo Cheech & Chong. During their reign, the twosome recorded six gold comedy albums, including the 1973 Grammy winner Los Cochinos, and starred in eight films, most of which Chong co-wrote and directed. Their stunningly successful comedy streak transitioned to the film Up In Smoke, the highest grossing comedy of the time topping $100 million at the box office.

Tommy began his entertainment career as a musician in a Canadian-based rhythm and blues band. Eventually, he landed a gig with the Vancouvers and co-wrote the band's 1960's hit, Does Your Mama Know About Me. From here, Chong eventually turned towards the life as an actor, appearing in several films including Far Out Man! and National Lampoon's Senior Trip. He also starred, most notably, as Leo on FOX’S That 70's Show, and has guest starred on ABC's Dharma & Greg and The George Lopez Show. Chong also released his new book entitled Cheech and Chong: The Unauthorized Autobiography about the exploits of the infamous duo's smoke-filled world.

Tommy hosts his own talk show, Almost Legal with Tommy Chong, a hilarious and satirical take on a classic late night talk show. In early 2016, the highly anticipated, award-winning documentary A/K/A Tommy Chong was released worldwide. The documentary features the journey that Chong took after a fully armed SWAT team raided the comedian's home in February of 2003. In 2014, Tommy lit up the dance floor as a contestant on ABC’s Dancing With The Stars. He was reunited with his old comedy partner Richard “Cheech” Martin, and toured the country with Cheech & Chong: Light Up America & Canada, which was one of the most successful comedy tours of the year, selling out multiple shows from coast to coast.

As an activist, Tommy has supported the legalization of medical marijuana, and the decriminalization of the plant throughout his career. Launching his national cannabis and lifestyle brand, Chong's Choice, while battling cancer for the second time, nothing gets a Chong's Choice stamp of approval until Tommy personally chooses it. Chong’s Choice recently teamed up with Défoncé to create an exclusive line of edibles for the cannabis and chocolate connoisseurs, which launched at the end of February 2017 in stores and online. The Choice brand will bring the new additions to the brand's line of pre-rolls, oil cartridges and THC breath strips with some sweet munchies.