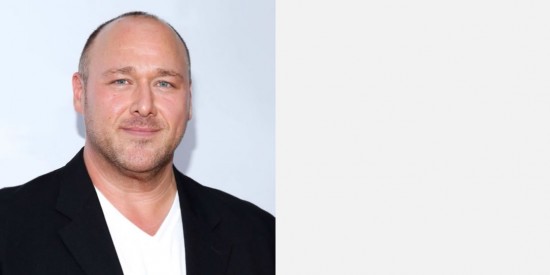 Will Sasso is reunited with Director Peter Farrelly in the role of 'Ben' opposite Ron Livingston on the new series, Loudermilk, coming to AT&T’s flagship Audience Network this fall. He first worked with the Farrelly Brothers as 'Curly' on the 20th Century Fox feature, The Three Stooges, alongside Sean Hayes as 'Larry' and Chris Diamantopoulos as 'Moe'.

Sasso also stars in Amazon's much anticipated pot comedy, Budding Prospects, as well as recurring on Comedy Central’s Another Period, and just wrapped a guest star opposite Larry David in the new season of Curb Your Enthusiasm. Sasso will soon be seen as 'Mountie Ray Archambault' in Super Troopers 2. Other recent credits include the films Hit By Lightning, opposite Jon Cryer, and Army of One, starring Nicolas Cage and directed by Larry Charles, as well as Showtimes’s hit series Shameless, and ABC’s Modern Family.

Sasso’s affinity for comedy was inspired from a young age by such iconic television shows as SCTV, Saturday Night Live, and Monty Python’s Flying Circus, along with a heavy dose of the Kids in the Hall through his adolescent years. Growing up in Ladner BC, a suburb of Vancouver, he booked roles in television and film as a teenager, making his small screen debut on the CTV series Neon Rider. While still in his teens, Sasso starred as the quirky 'Derek Wakaluk' on the award-winning Canadian dramatic series Madison, and soon landed big screen roles in Happy Gilmore, and Beverly Hills Ninja starring Chris Farley.

Eventually, Sasso moved to Los Angeles where he would ultimately join FOX’s sketch comedy series MADtv, in which he starred for five seasons.

Sasso enjoys taking part in social media across various apps on the internet. He also has a podcast as well as a YouTube channel because that’s in a bio and you just read it.