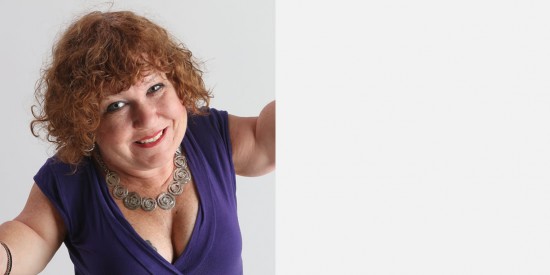 At 3'6", Tanyalee is the Ferrari of comedy - low to the ground and kind of racy. Canadian born, Tanyalee currently makes the stage her home while touring all over the world bringing the funny!

In August of 2013, Tanyalee performed her second one person show called, Big Trouble In Little 'Gina, at the Edinburgh fringe festival in Scotland. Her first one person show was called, Little Do They Know. Both shows received 4 star reviews.

In 2011, Tanyalee did a 6 month run of her own show Little Comedian, BIG Laughs just off the Las Vegas Strip. Tanyalee is part of Abnormally Funny People, an ensemble show, performing throughout the United Kingdom as well as a writer and star of the Channel 4 series, I'm Spazticus. Tanyalee was spotlighted on the premiere episode of Last Comic Standing 2, Adam Hills: Comically Challenged, BBC Northern Ireland, Little People, Big World as well as featured on World’s Smallest People on ITV (UK) and TLC -The Learning Channel. Working on Austin Powers 3: Goldmember movie teaser was a highlight of Tanyalee’s career, along with featuring in a movie called, For the Love of Money. Tanyalee was seen on MTV’s BASH and the Dave Attell's Insomniac show: Live at the House of Blues.

Tanyalee's perception of people, and how they perceive her, exaggerates the humour of life's "little" tasks and routines. One theme in Tanyalee’s act is about being “sexy”. The “sexy comes from within”, which means everyone can be sexy and Tanyalee proves it.

Tanyalee has made a small yet significant dent in the entertainment scene thus far, headlining throughout the US, Canada and the UK. What she lacks in height she makes up in tenacity. Known as "the little lady with a lot of BIG laughs"